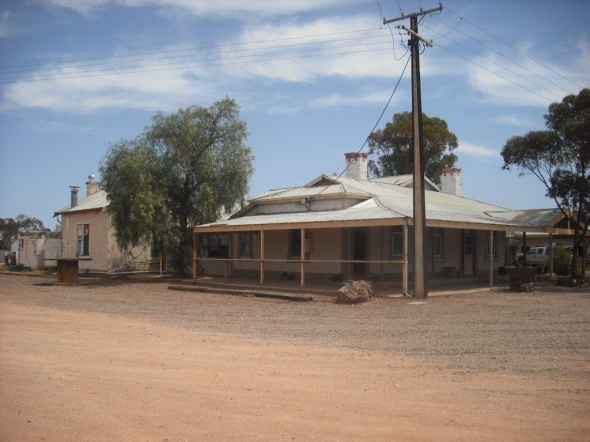 The Kingoonya Hotel is great little bush pub! The hotel was built in 1936 and has a longhistory of association with the Trans-Continental Railway.

The first license was issued to Eileen Brett with the hotel opening in February 1937. Her son, Neil Brett, then took over the license until 1984. Her grandson, John Brett is the current licensee and the third generation of the ‘Brett Family’ to hold the hotel licence.

Kingoonya is a small town located off the Stuart Highway, with a checked history and band of loyal supporters. If you love an adventure, you will love Kingoonya!

The town was established in the early 1900s as a railway support town on the line extending west. The abundant high quality underground water made it a vital stop for the steam trains to refill.

Kingoonya was also a key point along the old Stuart Highway to Alice Springs offering services to road weary travellers, until the road was moved 40 kilometres to the east in the 1990's.

The township is reputed to have the widest main street in Australia and cricket matches have been played on it and still being played to this day. There is also an airstrip within walking distance to the town.

Today the town is popular with four wheel drive enthusiasts. Kingoonya offers a free camp site with public toilets  near the railway line and you can get food and accommodation at the Kingoonya Hotel and the Kingoonya Caravan Park is open with powered and unpowered sites available and fuel is available 24 hours a day which is operated by a card system. While the road is generally in good condition, always check road conditions in case of local flooding or disrepair before proceeding.

If train watching is your hobby, then Kingoonya is the place for you. Between 70 and 80 trains pass by the hotel each week. This includes the iconic Ghan and Indian Pacific. The Train lengths of one hundred plus carriages are not uncommon. 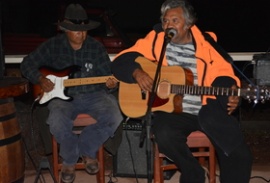 If you are a musician, bring along your instruments and voices. It has been known for locals and tourists to enjoy an impromptu jam session of an evening. On some nights the local band 'Red Wing Country' will host a sing along.